An international research group says that some areas in the tropics face famine because of failing food production.

The Climate Change, Agriculture and Food Security (CCAFS) predicts in their report that large parts of South Asia and sub-Saharan Africa will be worst affected with hunger where hundreds of millions of people in these regions are already experiencing a food crisis.

The report is the first foray into the field by the CCAFS initiative. To assess how climate change will jeopardize food supply in south Asia and sub-Saharan Africa and affect the world’s ability to feed itself, CCAFS set about finding hotspots of climate change and food insecurity.

Focusing their search on the tropics, the researchers identified regions where populations are chronically malnourished and highly dependent on local food supplies.

Then, basing their analysis on the climate data amassed by the United Nations Intergovernmental Panel on Climate Change (IPCC), the team predicted which of these food-insecure regions are likely to experience the greatest shifts in temperature and precipitation over the next 40 years. 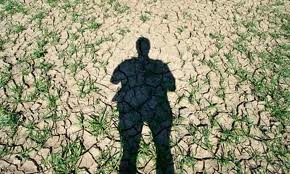