Rafael Nadal and Roger Federer will meet in a fourth French Open final on Sunday.

Federer, the 2009 winner, not only shattered Djokovic’s hopes of making a first Roland Garros final, but also stalled the Serb’s bid to take over as world number one.

With the defeat Djokovic is one win short of matching John McEnroe’s 1984 record of a 42-match unbeaten start to a season.

Nadal moved to within one win of equaling Bjorn Borg’s record of six Paris titles while Federer, whose last Grand Slam final had been at the 2010 Australian Open where he wrapped up a 16th major title, sealed a memorable win with his 18th ace. 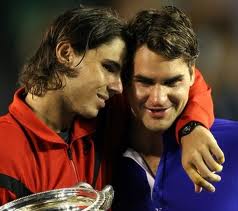