The Great Barrier Reef off the Queensland coast of Australia is home to a wealth of marine life. The reef is home to 400 types of coral and 1,500 species of fish.

Fears that coal exports and oil and gas exploration would jeopardize the reef prompted the UNESCO delegation’s visit.

The exploitation of oil and gas is driving industrial expansion along much of Australia’s most famous wilderness area, including plans for the world’s biggest coal port near the town of Bowen, according to Phil Mercer of the BBC.

A UN team has arrived in Australia to investigate possible damage to the Great Barrier Reef by the mining industry.
Environmentalists have urged the government to suspend mining development until a government review is completed.

The Great Barrier Reef, which holds UNESCO World Heritage status, lies off the coast of the state of Queensland, which is the largest producer of coal in the country.

The UNESCO team is scheduled to visit the reef for a week before making recommendations to the World Heritage committee. They will also meet members of the government.

Environmentalists are concerned that an increase in coal production and the shipping traffic that would follow could affect the Great Barrier Reef’s World Heritage status.

They want the government to suspend all new developments while a state and federal review of the health of the reef is carried out. 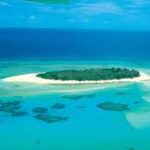 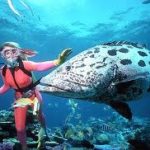