Queen Elizabeth II arrives at Leicester Cathedral in Leicester. She is wearing a cerise cashmere dress and coat with black trim and a matching hat.

The Queen was accompanied by her 90 year-old husband, the Duke of Edinburgh and her granddaughter in law, the Duchess of Cambridge, as part of events to kick-start the Diamond Jubilee tour.

Despite the attention heaped on her, Robert Hardman, the Queen’s biographer, said the Queen remained down to earth.

The Queen wears bright pastel colors because she fears nobody would recognize her if she wore beige, Hardman claimed.

The royal writer said the 85 year-old British monarch was ‘engagingly modest’ despite being the most famous woman in the world.

According to the queen biographer, his favorite remark the queen has ever said was, ‘I can never wear beige because nobody will know who I am’.

Royal aides said later that they were not aware the Queen had a particularly preference for her dress colors. They said she had worn hundreds of outfits in different colors.

According to Buckingham Palace, the Queen’s design team “try and use both old and new fabrics when designing”.

Hardman, In paying tribute to the Queen, said: “Clearly she is the most famous woman in the world, to other countries around the world she is extraordinary, I think perhaps we take her slightly for granted here because we are so used to her.” 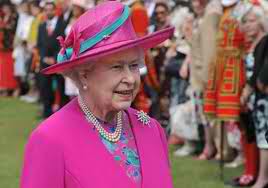