The murder conviction of famed music producer Phil Spector was upheld by the panel’s three judges from California’s 2nd District Court of Appeal.

In 2009, a Los Angeles Superior Court has sentenced Spector to 19 years up to life time imprisonment for the murder of actress Lana Clarkson.

The appellate court who handed out the ruling upheld the Superior Court decision.

Spector, 71, shot to prominence in the 1960s for developing the ‘Wall of Sound’ recording technique which was used in his collaboration with the Beatles and other top music groups.

In a court 2009 verdict, Clarkson, 40, was shot dead by Spector at his home in Southern California. 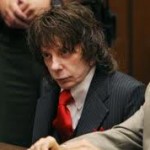