Tom Cruise’s lawyer has threatened to charge American Media Inc., the mother company of the National Enquirer, to slap with a multimillion-dollar lawsuit after it published a cover story he claims is ‘riddled with false and vicious lies’ that will cause professional and personal damages to the actor.

The published story divulged information regarding Cruise’s divorce from wife of five years Katie Holmes, which paints the Scientology actor in an unfavorable light.
Mr. Fields has demanded the statements be retracted if the media company wishes to avoid a lawsuit.

The couple have dominated headlines worldwide since Holmes filed for divorce from Cruise, seeking sole custody of their six-year-old daughter, Suri.

The issue ended amicably as the couple agreed to a divorce settlement and custody arrangement out-of-court with details kept under wraps.

Holmes and Cruise remained silent about the issue, except for a joint statement in which they said they were working together to settle differences in the best interest of their daughter.

Cruise’s membership in the Church of Scientology has been cited as the leading cause of strife between the couple though it has been neither confirmed nor denied by the stars and their representatives. 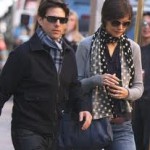