Who would ever forget of Sugar Ray Leonard, the boxing legend who had vanquished the best fighters of his era with the likes of Roberto Duran, Tommy Hearns and Marvin Hagler.

He was also a ‘Dancing with Stars’ contestant of last season where after his elimination he has something to release from his chest and eventually reveal the darkest past of his personal life, that he was a victim of sexual abuse in his teens.

Sugar Ray Leonard has spoken out for the first time in a recent video interview, where the 55 year old star said “I had to get that out because it was killing me inside. I was dying inside. I told no one. I kept this to myself for 37 years. A guy don’t talk about those things, especially me as a fighter. I could have kicked their butts but I didn’t. It was killing me. I’m so glad that I’m releasing this. As painful as it is, it’s okay.”

He dropped the rest of the bombshell about his being a victim of sexual abuse in his new book.

In his autobiography, Sugar Ray Leonard also revealed his split personality, his cocaine use, growing up in a home with alcohol abuse, surviving a car crash with his mother and fathering a son.

Who would ever thought that the Sugar Ray Leonard who has a glamorous life as a boxing star had its own dose of horrific side of his life. 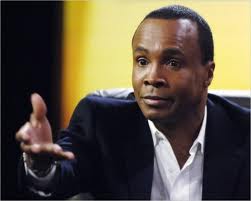