After clinching the British Open championship recently, Darren Clarke has set his eyes to win the Irish Open Championship at Killarney.

Clarke is aiming to become only the third player to hold both British and Irish Open titles, after Nick Faldo of England and Padraig Harrington of Ireland, who is also competing this week.

The 42-year-old Clarke’s first appearance on the European Tour came at the Irish Open, as an amateur in 1990. He finished 50th, 18 shots behind winner Jose Maria Olazabal of Spain.

Rory McIlroy is the favorite to win the Irish Open, who alongside Clarke, was made an honorary life member of the European Tour on Wednesday for their achievements in this year’s majors.

Despite his success in winning the US Open, his first major, McIlroy said it would still be special to win the Irish Open Championship. 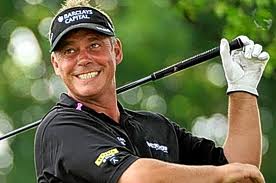