American veteran golfer Davis Love III fires a 64 with six under par to lead the opening at the PGA Tour Honda Classic.

World no. 2 Rory Mcilroy came in second with a 66 four under par with three others in second place.

Ian Poulter, due to play with Tiger Woods and Lee Westwood, tweeted : “Just been for a chest X-ray, got pneumonia guys. Rest time for me.”

Rory McIlroy will take over the number one spot from Luke Donald if he wins this tournament.

The 22 year old from Northern Ireland missed the chance to rise to the top of the world rankings for the first time when he lost to Hunter Mahan in the WGC Match Play final.

Poulter told his Twitter followers that he was feeling feverish just hours before the tournament started on Thursday and admitted that he might not be able to play.

After pulling out he added: “Sorry guys never been so disappointed pulling out of a tournament. Never felt so rough.” 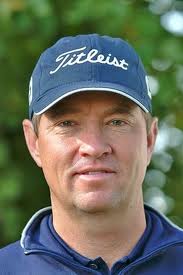