US Secretary of State Hillary Clinton said the US still had ‘profound concerns’ over North Korea, but welcomed the move as a ‘first step’ of their being amenable to suspend uranium enrichment, as well as nuclear and long-range missile tests.

The US State Department said Pyongyang had also agreed to allow UN inspectors to monitor its reactor in Yongbyon to verify compliance with the measures.

In exchange, the US is finalizing 240,000 tonnes of food aid for the North.
The deal is the first major international act of the new North Korean leader. But how much the agreement bears his personal stamp is unclear.

The move comes two months after Kim Jong-un came to power following the death of his father, Kim Jong-il.

Correspondents say the move could pave the way for the resumption of six-party disarmament negotiations with Pyongyang, which last broke down in 2009.

But whether this deal is Kim Jong-il doing, or that of his young son and heir Kim Jong-un , the speed with which it happened following the transition is striking.

Some will read that as a sign of political softening by the regime; others as a sign of North Korea’s increasingly desperate need for food aid.

The air in Seoul was thick with rumors at the end of last year, about a deal which offered concessions on North Korea’s nuclear program in return for American food aid.

That was just before the former leader, Kim Jong-il, died, and contacts were disrupted.
Either way, if agreement is implemented (where many have failed), it will mark the first small step towards peace in more than three years.

Clinton said the US would however be watching Pyongyang closely, and would be “judging North Korea’s new leaders by their actions”.

Pyongyang in its statement has confirmed the measures were “aimed at building confidence for the improvement of relations” between the two countries, and said talks would continue.

The North has suffered persistent food shortages since a famine in the 1990s, and relies on foreign aid to feed its people. 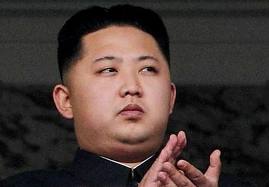