European officials say at least 55 billion Euros a year in debt is being written off, much of it because businesses find it too daunting to press expensive, confusing lawsuits in foreign countries.

Officials and business leaders believe that debt collection problems are a profound deterrent to commerce within European Union (EU) and a cause of lagging job creation and wealth generation. EU officials are starting to address the problem.

Debt collection is just one example of the shortcomings of a market which, for legal, linguistic, cultural issues, rarely functions as a single space.

Professional qualifications in one country often are not recognized in another, for example and local business regulations frequently make it hard for Europeans to set up shop in another EU country.

In theory, the European Union is one gigantic economic zone of about 500 million consumers, all integrated into the world’s biggest trading bloc.

But the ideal is still far ahead of the reality, particularly for businesses that end up trying to collect debts across the Union’s many orders.

There are 27 national legal systems in the bloc, each with its own procedures for handling claims, property attachment and bankruptcies.

A more effective single market the Union officials say, could generate 60 billion to 140 billion euros in additional trade, the equivalent of an additional 0.6 percent to 1.5 percent of the bloc’s gross domestic product.

Valle Garcia de Novales, a lawyer here who specializes in global commerce, tells her clients that any debt of less than 100,000 euros is not worth pursuing in court because it is just costly. Many companies have given up on doing business across borders.

This year, it is expected to propose a standardized Europe wide system to freeze the amount of money owed to a company in the debtor’s bank account. That would prevent it from being moved to another country.

Arento, an agricultural co-op here, supplied wheat to an Italian pasta maker and did not cut off the credit until the debt reached 1 million euros.

Now, a decade later, having spent years in the courts and tens of thousands of legal bills, Arento has recovered only half of what was owed.

Companies doing business across borders have several safety mechanisms. They can get insurance, a letter of credit or demand cash upfront. But each is costly and slip-ups are easy.

Mr. Luis Navarro’s Arento, for instance, did not inform the insurance company fast enough to make a claim, partly because it did not understand the terms of the policy.

Lourdes Lebrero, the financial director of matilsa, a small family owned company that makes aerial work platforms here, insisted on a cash deposit when an order came in from Romania.

But the letter sent as proof of transfer turned out to be a forgery. A friend of a friend who was making a trip to Romania tried to look into collecting the debt, but came back convinced that it was hopeless. 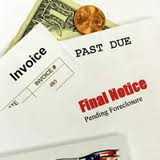