Demi Moore is seeking divorce after her last ditch effort to save her marriage to Ashton Kutcher has failed.

Kutcher, 33, have allegedly had slept with 23-year-old Texan Sara Leal in a hotel at the end of September at a time when the actor should have been preparing to celebrate his sixth wedding anniversary with Miss Moore.

Moore desperately wanted to save her marriage to Ashton Kutcher, a source said but the Sara Leal story was a hard one for Kutcher to deny because it was backed up by the seedy photos of him partying.

Moore and Kutcher went together to Kabbalah counselling sessions with Kutcher but it seemed not working for her, the source said. She felt the humiliation she went through were enormous.

Though it was a very tough decision for the 48-year-old actress to take, but her trust towards her husband has been shattered with the incident. She has now consulted a lawyer about getting a divorce.

She wed Kutcher in 2005, after having two failed marriages in the past, to songwriter Freddy Moore and then to actor Bruce Willis. 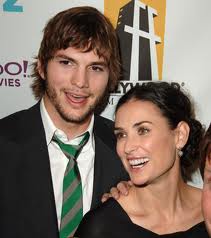