In Denmark, political analysts say the Danish People’s Party (DPP) is not only drawing more voters, getting 13 percent of the vote in 2007, but it has also pulled more mainstream parties to the right as they try to win voters back, a phenomenon that experts say has occurred in other countries.

Professor Marlene Wind, a political scientist at the University of Copenhagen, said that with new elections likely in the next few months, only one small party initially spoke out against the border deal. “Hardly anyone said anything because they think it might get voters back from the DPP,” she said.

Much of the support for Denmark’s far right comes from the working class, which chafed at ultra-liberal immigration policies that have allowed thousands of immigrants to enter the country.

The DPP leader, Pia Kjaersgaard, is widely credited with forcing an overhaul of the country’s immigration policies, now among the restrictive in Europe.
Ten years ago, Denmark joined the European Union’s visa free open travel zone, outraging the DPP.

But in May, the party was celebrating; Prime Minister Lars Lokke Rasmussen had agreed to restore 24 hour customs control in exchange for support on a difficult budget package.

The deal set off an outcry in the European Union as Denmark became the first member to seriously challenge the union’s crowning achievement; the free movement of goods and services across borders.

On June 24, Italy and France, with a huge influx of immigrants from North Africa, won the ability to temporarily close borders in an emergency during a meeting of European leaders.

The Danish Parliament has yet to ratify its border deal. But experts say it is part of a worrying trend for the European Union. Small nationalist parties in many European countries, anti immigrant and anti European Union, are leveraging important changes in policies.

Mr. Fredrik Erixon, the director of the European Center for International Political Economy in Brussels and other experts say these populist parties have mounted a serious assault on the European Union’s principal institutions; the euro zone and free trade across open borders.

In Finland, the populist True Finn Party won 19 percent of the vote in April when it campaigned against any more contributions to bailing out euro zone countries.

As Euro zone officials have fought to steady markets in the face of possible default by Greece, a Dutch government that relies on the openly anti European Union party has fiercely opposed expanded powers for the union’s bail out fund.

Rene Schultz, a 42 year old furniture mover from Ishoj, blames immigrants for a rise in crime, though official statistics do not support this claim.

Martin Henriksen, a party spokesman, said that for a country to survive, its people must share values and customs. He called the European Union’s objections to the border deal absurd. 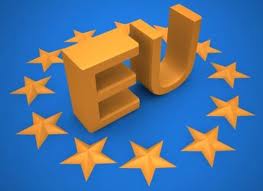