World number one Novak Djokovic had been leading 7-6 6-7 6-0 3-0 when his Serbian Davis Cup team mate Janko Tipsarevic, retired with a leg injury after three hours, 27 minutes of play at Arthur Ashe Stadium after feeling sharp pain in his left leg.

Djokovic won the first-set tie-break 7-2, and lost the second 7-3 before surging ahead as his compatriot began slowing down.

The top seed also gave onlookers a scare when he doubled over and called for the trainer after making a spectacular sliding forehand winner in the first game of the fourth set.

After getting the big toe on his left foot treated and bandaged, Djokovic went back to business before the 20th-seeded Tipsarevic signaled he had had enough.

Meanwhile, the third seed Roger Federer reached his eighth consecutive semifinal at the U.S. Open by beating Jo-Wilfried Tsonga 6-4, 6-3, 6-3 on Thursday night, a match delayed by rain in the first set.

He was not at his sharpest, he didn’t play really well and move well, he didn’t serve well enough and his energy level was down, according to Tsonga.

Tsonga, 26, said Federer remained formidable, especially if confidence is here for him, it’s (hard) for everybody to play against him.

Now Federer will face the top-seeded Djokovic at the U.S. Open for the fifth straight year; Federer is 3-1 so far. They met in the semifinals at this year’s French Open, where Federer ended Djokovic’s 43-match winning streak. 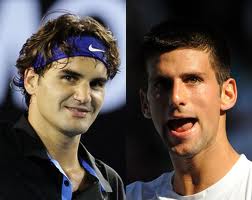