Diana Ross, Glen Campbell and the late Apple co-founder Steve Jobs are among a number of special honorees at the forthcoming 54th Grammy Awards which will be held on February 12.

Ross has received a number of Grammy nominations over the course of her 50-year career but has never won the award, but this time she receives her first Grammy, a lifetime achievement award for her contribution to the recording industry.

Jobs, who died in October, is among those receiving one of the Trustees Awards that recognize “outstanding contributions to the industry in a non-performing capacity”.

The iPod creator is honored for his part in devising “products and technology that transformed the way we consume music, TV, movies, and books,” the National Academy of Recording Arts and Sciences said.

“This year’s honorees offer a variety of brilliance, contributions and lasting impressions on our culture,” said Neil Portnow, president of the Recording Academy. 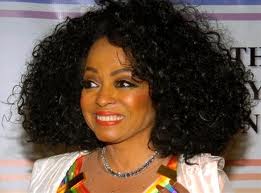