Top seed Novak Djokovic will play fourth seed Andy Murray for the Miami Masters title after he defeated Juan Monaco of Argentina 6-0, 7-6 (7/5) in the semi-final.

Djokovic only lost eight points in the first set but Monaco battled back in the second, forcing the Serb who served for the match at 5-4, into a tie-break before the defending champion sealed his progress on his second match point.

The Serb will face Murray on Sunday at at 1730 BST. The British top player was due to play world no. 2, Rafael Nadal in the last four on Friday.

But the Spanish top player pulled out two hours before the scheduled start, saying: “I take no pleasure from this but I cannot go on court and lie to everybody.”

Nadal has suffered with knee problems throughout his career, but this time it was the world number two’s left knee, which had already hampered him during his quarter-final victory over Jo-Wilfried Tsonga.

Murray, who won in Miami in 2009 after beating Djokovic, was disappointed not to be able to put his game plan, worked out with coach Ivan Lendl, to the test after his second walkover of the tournament.

“I have been working with Ivan now for a couple of months, on certain tactics that would work against Rafa, Novak and Roger,” said Murray. “It would have been nice to see whether or not those things were working.”

Murray is targeting his second Miami Masters title this year after winning his first in 2009 against Djokovic. 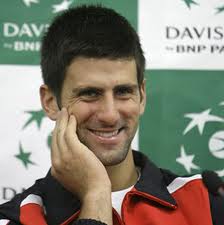