Green Groups are turning to social networking to drive their campaign for Earth Hour.

People in 130 countries around the world, are being urged to turn off the lights for one hour at 8.30 pm local time as a show of concern about climate change.

However, it poses a small dilemma for the Australian-led campaign for the switch off.

Each time they network, they emit carbon dioxide (CO2) through the fossil fuels which are burned to power their computers and the servers and databanks that store or relay their messages.

In emails alone, the typical office worker is responsible for 13.6 tonnes of CO2 or its equivalent per year, a French government agency for energy efficiency, ADEME, calculated last year.

That figure is based on a French company of 100 people who work 220 days a year and each receive 58 mails a day and send 33 per day, with an average mail size of one megabyte.

The more people you cc and the bigger the mail, the greater the carbon emissions, ADEME said.

Social sites, Facebook and Twitter say they are striving to keep their carbon footprint as small as possible.

Facebook, which claims 800 million users worldwide, is building a massive data center, its third globally and first in Europe, in the Swedish town of Luleaa, near the Arctic Circle.

The local chill helps cool servers, rather than using air conditioning to do so, and the town gets clean energy from hydro.
Greenpeace had mustered a 700,000-signature demand for a “greener” Facebook under its so-called Unfriend Coal campaign

Raffi Krikorian, a director for infrastructure at Twitter, said the company contributed around 0.02 grams of CO2 to the atmosphere with each 140-character tweet.

“But at 50 million tweets, that’s one metric tonne of CO2 a day,” he observed. “We can do better. We are making our stuff a lot more efficient, and that will get (our carbon emissions) a lot further down.”

A 2007 estimate by Gartner Inc., an international consulting firm, found the internet or the information and communications technology industry was sharply increasing its CO2 emissions in absolute terms but still accounted for only around two percent of the global total.

This is less than a sixth of emissions from either transport, industry or agriculture. 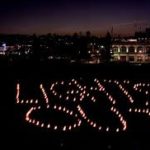