In recent years cellphone has evolved to become a portable pocket size personal computer which the digital gadget can readily be tapped to high speed internet connection. The technology makes us potentially productive and engages oneself into online undertaking.

However, scientists have pointed out that an unanticipated side effect is when people’s brain are busy with digital input and accordingly, they are forfeiting the downtime for learning that could allow them to learn better, remember information or come up with new ideas.

Scientists at the University of California have found that when rats have a new experience, like exploring an unfamiliar area, their brains show new patterns of activity. But only when the rats take a break from their exploration do they process those patterns in a way that seems to create a persistent memory of the experiences.

Researchers suspected that such scenario can also be applied to humans. A similar study at the University of Michigan, it has found out that people learned significantly better after a walk in nature than after a walk in a dense urban environment.

It has suggested that a barrage of information to process has left people fatigued. While people are entertained when they are in relax mode, however, multitasking might be taxing their brains, scientists say.

Loren Frank, a professor of physiology, said that downtime lets the brain go over experiences, “solidify them and turn them into permanent long term memories,” He further believed that when the brain was constantly stimulated, “You prevent this learning process.” 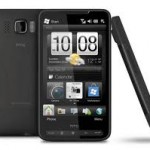