With more people getting into the Internet nowadays, it is not just surfing and getting or sourcing out information from the net. But it can be used for more important and relevant business and social activities such as networking, marketing, promotion, sales, dating, and many more. 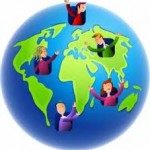 With increasing number of people engaging online daily, there is now a wide array of online services catered to meet all their diverse needs. These services are available offline though, with the advent of newly improved technology and high speed internet services, it is now made available in the online version.

This is the basic concept of social networking, and it aims to make life more convenient and easy going to everyone. You can virtually access to almost everything and socialize people around the world, with just a click of your mouse.

You needn’t go out physically for a pizza or meet your date; you can connect to the whole world and get anything you want through the Net. However, before using social networking for your business or personal use, it is important that you understand the basics of social networking.

The history of social networking online is as old as when the internet has began, several kinds of software and programs were developed that would allow people to connect, stay close and rekindle long lost track relationship. This is where the concept of online socialization has emerged.

One of the earliest attempts of creating social networking sites is Classmates.com, and it is still used popularly and has been adding to its user base since then.

The basic concept of social networking sites was to make the venue available and accessible by everyone at anytime where people can virtually get in touch with their long lost old acquaintances whom they have not heard of their whereabouts for quite a long time and it is the place to rekindle the once lost track relationship. It is not only a venue in relating for old friends but it is also the venue for making new friends.

Today, there are several websites that have come up with similar concept. Some of the most popular ones are Facebook, Twitter, MySpace, Friendster, Flickr and Orkut. They are very user friendly which make it easy and convenient for everyone to use.