The Duchess of Cambridge has been voted the most fashionable female royal from a list of eight royal women, according to a new poll.

Other royals who scored well were Zara Philips and Sophie Wessex who received 14 percent and 11 percent of the vote respectively.

Other than Her Majesty, older Royals did not fare particularly well in the poll with Princess Anne and Camilla, Duchess of Cornwall both scoring seven per cent.

Younger royals also scored poorly with Princesses Beatrice getting five per cent of the vote and Eugenie three per cent.

“It is no surprise that Kate has achieved the top spot of the UK’s most fashionable royal, as for the last year she has hardly left the media spotlight.

She is a real trend setter, as she only has to be seen wearing something once for it to be an immediate hit on the high-street. What’s more, because of the Duchess’ fantastic shape clothes fit her perfectly.

“The Queen on the other hand has a timeless sense of style which continues to make her stand-out among the other female royals.”

“This just goes to show that traditional understated British elegance is winning through against some of the younger female royals.” 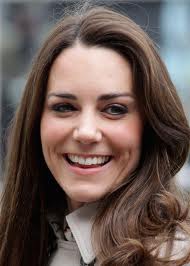