In a pre-recorded interview by Oprah Winfrey on Sarah Ferguson, the former wife of Prince Andrew, last May 6, said that she had ostracized herself for her past behavior.

According to her, she went to Thailand instead of attending the wedding of Prince William and Kate Middleton in London and it was ‘difficult’ for her of not receiving any invitation for the royal wedding.

“I wanted to be there with my girls,” the former royal said, referring to her daughters, Princess Beatrice and Princess Eugenie, who attended the wedding with their father, Prince Andrew.

In her telephone conversation with Prince Andrew and her daughters she received assurance from them throughout the morning and that they made her feel ‘very part of the day’, though she was not around to attend the royal event on that day, April 29. 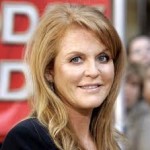