Prince William chats with actress Reese Witherspoon during a breakfast reception at the home of Steve Tisch in Beverly Hills on Sunday morning, the last day of the tour of America and Canada.

Kristin Gore, daughter of former Vice President Al Gore, and actress Reese Witherspoon, attended the launch of Tusk Trust’s US Patron’s Circle along with the Duchess of Cambridge.

The Tusk Trust’s US Patron’s Circle describes itself as ‘an organization dedicated to preserving Africa’s heritage and culture’.

Kate Middleton at the home of Oscar-winning film producer and philanthropist Steve Tisch for the Tusk Trust event.

Catherine, Duchess of Cambridge , speaks to Cynthia Harnisch, Inner-City Arts President and CEO as she tours the Inner City Arts campus in Los Angeles later in the day

Inner City Arts was started by artist Bob Bates and entrepreneur Irwin Jaeger in 1989, after public schools in Los Angeles started eliminating arts programs.
Catherine, Duchess of Cambridge looks over her shoulder to check the progress of Prince William as they paint pictures.

The princess draws a snail while The Duke of Cambridge brushes up his pottery skills.

The last stop on the tour of America was at a job fair for U.S. military veterans at Sony Pictures Studio in Culver City.

The royal couple are on their way home after completing their hugely successful inaugural tour as a married couple. They boarded a scheduled British Airways service in Los Angeles for the overnight flight back to London and were due to land at Heathrow at 10am on Monday morning. 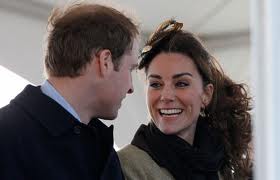