Jack Nicklaus would not consider him yet the golf’s next superstar as he was commenting on Rory McIlroy.

The 22-year-old McIlroy since his winning of his first major title, the U.S. Open at Congressional last month, he has yet a lot to prove of himself that he is really on top of the game by winning more games consistently.

Many have thought that he could be the future replacement of the injury-plagued Tiger Woods, but Nicklaus sounded a note of caution on the Irish golf star.

“He has won one major. When he starts to win two, three or four, then you can say he’s the guy we’ve got to watch, period, Nicklaus said.

“But until that time comes, he’s one of a group of talented players that have got an opportunity to win.”

The No. 4-ranked McIlroy has won just one major and he has only captured three tournaments in his young professional career.

Meanwhile, Tiger Woods has been nearly two months inactive since he played golf and he has slipped to No. 17 in the world’s golf ranking.

But Nicklaus believes that there’s still life for the 35-year-old Woods, who is 4 majors behind his record.

“I think he’s determined to get himself healthy,” Nicklaus said of Woods. “He’s still plenty young enough to play a lot of good golf. I think you’ll see a lot from Tiger.” 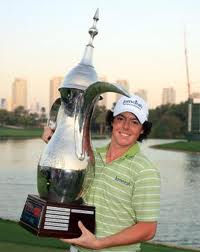 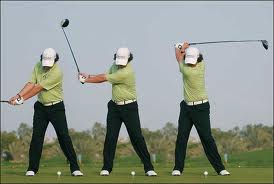