The actor and comedian Eddie Murphy will host the 84th annual Oscar. This is Murphy’s first time hosting the Academy Awards.

Murphy’s stint as Oscar host marks a return to the single-host format the show has employed most often over the past two decades.

Murphy starred in a string of 1980s and 1990s hit comedies such as ‘Beverly Hills Cop’, ‘Trading Places’, and ‘The Nutty Professor’.

He received an Oscar nomination for best supporting actor for the 2006 film ‘Dreamgirls’.

The last comic to host the show alone was Jon Stewart in 2008. A singing, dancing Hugh Jackman took over in 2009, and in recent years, pairs of actors have helmed the show. 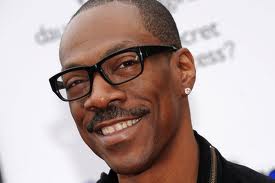