The number of new cancer cases has increased by 20 percent in less than ten years and now stands at 12 million annually, according to the World Cancer Research Fund (WCRF).

Although, it has warned that nearly a quarter of those cases are “preventable”.
The WCRF said there was a “once in a generation” opportunity to reverse the trend.

The figure is expected to rise “dramatically” over the next decade, the organization warned.

Professor Martin Wiseman, medical and scientific adviser for WCRF, said, “As countries become more urbanized, they become more prone to the Western diseases that we are used to seeing. Not just cancers – coronary heart disease, diabetes, obesity and lung diseases.”

He said: “Many people are still unaware that risk factors such as alcohol and obesity affect cancer risk, while from television advertising to the pricing of food, our society works in a way that discourages people from adopting healthy habits.”

It calculated that 2.8m new cancers each year are linked to diet, exercise and obesity. The figure is expected to rise “dramatically” over the next decade, the organization warned.

Later this month, the UN is holding a summit on non-infectious diseases such as cancer, heart disease and diabetes. 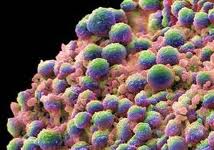