The danger of falls after treatment with older anti depressants is well known, as the drug can cause vertigo and instability.

It was believed that by switching to newer or latest version of SSRI type drugs, would reduce the problem.

However, the latest research, from the Erasmus University Medical Center in Rotterdam, appears to show the contrary.

The British Journal of Clinical Pharmacology noted that the risk of injuries from falls was tripled.

Dr. Carolyn Sterke recorded the daily drug use and records of falls in 248 nursing home residents over a two-year period.

The average age of the residents was 82, and the records suggested that 152 of them had suffered a total of 683 falls.

The consequences of falls were relatively high, with 220 resulting in injuries including hip fractures and other broken bones – and one resident died following a fall.

The risk of having an injury-causing fall was three times higher in residents taking SSRIs compared with those not taking the drug, and this risk rose further if the patient was being given sedative drugs as well.

Professor Clive Ballard, from the Alzheimer’s Society, said it was ‘worrying’ that such a commonly prescribed anti-depressant was causing increased risk.

“It is important to highlight any aspect of care that might be causing risk to a person with dementia,” said Prof. Ballard.

Dr. Sterke said that these risks needed to be taken into account when assessing whether anti-depressants were required.

“More research is now needed to understand why this anti-depressant is having this effect on people with dementia and if there is an alternative treatment for depression that they could be prescribed,” according to Prof. Ballard. 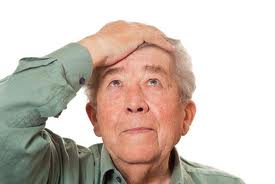