In the two articles short phrased and captioned ‘the secrets of tax avoiders’ by the Times it stated Patrick McKenna of Ingenious Media was Elton John’s former accountant.

The article implied that the singer had been advised to engage in tax avoidance which he vehemently denied as a false accusation thrown against him.

Now, John is suing The Times for libel over articles he says falsely linked him to immoral tax evasion.

The Times, however, issued a correction back in June confirming that the accountant linked to John in the original article has never actually worked for the star.

But the harm has already been done when John’s lawyers described the correction, published on 22 June, as ‘wholly inadequate.’

“The allegations are particularly damaging to the claimant’s reputation in the sphere of charity fundraising,” William McCormick, the lawyer of John said.

The music superstar is concerned that the damaging article would have a negative effect on his charity work with his lawyers saying the articles caused their client ‘severe damage to his reputation and personal distress and embarrassment’ they said. 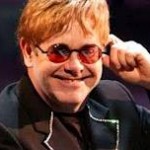