Scientists have investigated a genetically modified (GM)cotton grown in China that generates a built-in insecticide of its own against pests.

With the GM cotton, it has led to a reduction in the use of insecticide to control a major pest, the cotton boll worm.

After the GM cotton was introduced, researchers saw a marked increase in numbers of pest predators such as ladybirds, lacewings and spiders.

At the same time, populations of crop, damaging aphids fell.

The predatory insects also controlled pests in neighboring fields of non-GM crop such as maize, soybean and peanut crops, according to team leader Dr. Kongming Wu from the Chinese Academy of Agricultural Sciences in Beijing.

Details of the work by a Chinese-French team appear in the journal Nature.

This means that GM crops that make their own insecticide also give benefits to their conventional plant neighbors and these strains seem to boost populations of natural pest controlling predators, and this effect spills over to non-transgenic crops, the research found.

But one group critical of GM planting described the effect as a spillover ‘problem’, not a ‘benefit’.

Professor Guy Poppy from the University of Southampton, UK, commenting on the study said: “By reducing the need for insecticides against caterpillars, insect biodiversity is increased and this is shown to have added benefits outside of the GM crop field.”

“This study finds that Bt cotton is a better habitat for such predators than cotton that has been sprayed with pesticides.

“What it doesn’t cover is other recent research in China that has discovered increased insect resistance and increased numbers of pests developing in and around these GM cotton crops.”

Previous research by Dr. Wu showed that one crop pest, the mirid bug had boomed since the introduction of Bt Cotton, as it filled the gap left by other cotton pests. This had driven farmers back to using pesticides.

Professor John Pickett from Rothamsted Research, UK, commented: “Many, including distinguished scientists, have looked for associated problems as the technology has been commercially developed throughout the world and, of course, we should always exercise caution in introducing new technologies. 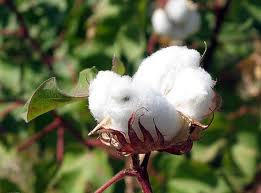