Assessment of loneliness is not routine in clinical practice and it may be viewed as beyond the scope of medical practice, according to Dr. Carla Perissinotto the team leader of the study.

However, loneliness may be as an important of a predictor of adverse health outcomes as many traditional medical risk factors.

For the elderly over 60s feeling lonely is a common source of distress and can lead not only to an impaired quality of life but it has been found to be a good indicator of illness and death.

Researchers from the University of California have found that it could increase the risk of death by almost 10 per cent.

The team examined the relationship between loneliness and risk of functional decline and death in older individuals in a study of 1,604 participants in the Health and Retirement Study.

The participants, with an average age of 71, were asked if they felt left out, isolated or a lack of companionship.

Of the participants, 43.2 percent reported feeling lonely, which was defined as reporting one of the loneliness items at least some of the time, they found.

Results suggest that questioning older persons about loneliness may be a useful way of identifying elderly persons at risk of disability and poor health outcomes.

Loneliness was associated with an increased risk of death over the six-year follow-up period, 22.8 percent compared to 14.2 percent.

They also found isolated participants were twice as likely to experience a decline in daily activities with 24.8 per cent adversely affected compared to 12.5per cent of peers.

In a separate US study in the same journal, it has found a link between living alone and an increased risk of death from heart disease among people at risk of blood clots.

Scientists examined data on 44,573 middle-aged participants, 8,594 of whom lived alone.
Living alone was associated with three per cent greater chance of dying over a period of four years. It also increased the risk of death from heart disease from around 7 percent to 8.6 percent.

According to Dr.Perissinotto: ‘Loneliness is a common source of suffering in older persons. We demonstrated that it is also a risk factor for poor health outcomes including death and multiple measures of functional decline.’ 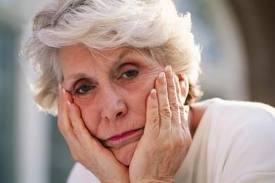