The producers of “Two and a Half Men” TV show seem to close their door for Charlie Sheen due to his known self destructive behavior, alcohol and drug abuse, and radio ramblings would stop him from getting job offers.

Despite the negative feedback of Sheen’s personality, “Entourage” creator Doug Ellin expressed an interest in getting the former “Two and a Half Men” controversial actor on board for the popular HBO series.

Ellin Told TV Guide of his show’s upcoming season, that he has called Sheen’s manager and relay to him his intention to get Sheen for the show.

According to Ellin, he is waiting for Sheen to call back because he has something good for him which he didn’t divulge. 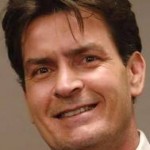