The Duke and Duchess of Cambridge have begun their honeymoon in the Seychelles and their arrival already confirmed by the tourist board there.

It is not clear which of the 115 islands in the Seychelles archipelago they are on. But keeping the location secret, can they still avoid the attentions of the pursuing paparazzi?

There is now a great global demand for pictures of the royal couple and there will be paparazzi who will be there sticking it out to get long-lens shots of William and Catherine on the beach during their honeymoon.

What is known, is that the couple is renting a private island in their honeymoon.
But with only four of them privately owned, it may not take the paparazzi long to track them down.

The royal couple and their aides will have made careful efforts to keep their honeymoon under utmost secrecy.

The prince is determined to avoid a repeat of the pattern in which his mother Diana had her privacy repeatedly breached by paparazzi.

According to media speculation, only three people aside from Prince William would have known where they are in Seychelles archipelago: the Queen, Kate and his private secretary. 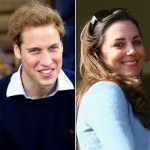