Environmentalists file a lawsuit against the National Marine Fisheries Service (NMFS) over their naval training exercises off the West Coast involving sonar that they say harms endangered marine animals in the Pacific Ocean including killer whales.

The charges against the NMFS is the latest move by environmentalists to prevent the US Navy from performing the exercises in ‘biologically critical areas’ during hunting and breeding times.

‘As part of these exercises, the Navy will repeatedly broadcast high-intensity sound waves into a vast stretch of ocean, containing some of the most biologically productive marine habitat in the United States,’ said the lawsuit, filed by a coalition of environmental activists led by Earthjustice.

They say that intense sound waves caused by the Navy’s use of sonar can harm or kill endangered marine animals such as the killer whale and the blue whale.

The coalition is asking the government agency to reconsider a 2010 decision in support of the Navy’s training exercises in waters spanning from California to the Canadian border.

The NMFS has not yet received any information on the suit, the agency’s spokesperson said.

‘NMFS (the fisheries service) has failed in its duty to assure that the Navy is not pushing the whales closer to extinction,’ according to Marcie Keever, legal director of
Friends of the Earth, one of the groups that filed the lawsuit.

In 2008, the US Supreme Court sided with the Navy, ruling that sonar training exercises off the Southern California coast could be conducted without restrictions designed to protect marine life, in a defeat for environmentalists. 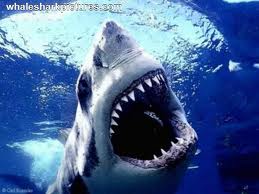