The European Union in 2007, has committed to reduce greenhouse gas emissions by 20 percent below the 1990 levels by year 2020, producing of its electricity from renewable energy sources.

While other countries work to decrease their fossil fuel emissions, several of them are holding back in their usage of coal, the regarded highly emitting fuel which has been also the lifeblood of communities from Hungary to Germany.

Coal is frequently referred to as a cheap fuel, but the designation is not always accurate, energy analysts say. In some places, cheaper resources are now available and the label does not take into account the pollution caused by burning coal.

Though the European Union generally forbids national subsidies, coal had long been an exception. But that position has shifted as concerns over global warming have grown and better sources of renewable energy have become available.

The European Union’s trading emissions trading system effectively forces power companies to pay for some of coal’s excessive emissions. The European Union’s goal is not to completely eliminate coal but to replace it, where it is not economical, with cleaner forms of power and ending coal subsidies is not easy.

Determined to reduce Europe’s reliance on coal, the European Commission is fighting a complicated battle against the subsidies that have long sustained coal, an influential but pollution plagued industry.

The Brussels’s based governing body for the European Union announced that economic bail outs and favors for coal mines and power plants were forbidden after last year, precipitating Vertesi plant’s demise.

The Vertesi plant in Hungary will be allowed to continue in a limited capacity for three years after the mine’s closure, in part to buy time for the town to find a heating alternative.

Germany and Spain objected vigorously to the December 31 deadline of last year, that the recession made revoking subsidies of last year is impractical. Coal accounts for 30 percent of electricity production and 17 percent of energy consumption in the European Union.

In 2002, Europe passed the first law phasing out operating subsidies to the coal industry. The deadline had been moved back repeatedly. Countries like France and Italy, have ended subsidies. Some subsidies, like those intended to retrain former miners or to clean up mining sites, were not prohibited.

The agitated ministers of the European Union vowed out to pressure when they declare that they would now grant a very limited extension with a host of new stipulations on certain subsidies until 2014. 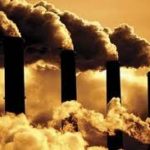 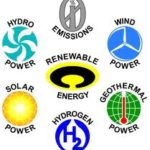