The world’s expanding cities are currently on track to occupy an extra area of 1.5 million square kilometers by 2030, equivalent to France, Germany and Spain combined.

It means that growing greenhouse gas emissions and resource demand brought about by the expansion are inevitable, experts warned during the ‘Planet Under Pressure’ conference in London.

Cities are growing to accommodate a rising global population and as countries like China, India and Brazil pursue fast economic growth.

“The way cities have grown since World War II is neither socially or environmentally sustainable and the environmental cost of ongoing urban sprawl is too great to continue,” said Karen Seto, associate professor of the urban environment at Yale University.

Over 70 percent of current carbon dioxide emissions already come from cities. Urban emissions are forecast to grow to 36.5 billion metric tons by 2030 if no action is taken, from 25 billion in 2010 and 15 billion in 1990.

Urbanization cannot be stopped, but climate experts argue there is plenty of scope for improving the way cities are planned, developed and run.

It costs world economies an estimated 1 to 3 percent of gross domestic product and costs New York alone around US$ 4 billion a year in lost productivity, experts said.

“Everything being brought into the city from outside – food, water, products and energy, need to be sourced sustainably. We need to rethink the resource flow to cities,” said Sybil Seitzinger, executive director of the international geosphere-bio-sphere program at the Royal Swedish Academy of Sciences.

Some cities have made efforts to improve their green credentials by switching to alternative sources of energy like Iceland’s capital Reykjavik and Vancouver in Canada where they tapped renewable sources like geothermal, hydro-electricity, wind, solar and tidal energy for their energy needs. 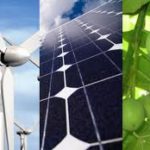 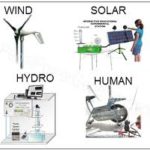