People who often ate hamburgers, hotdogs and pizza are fifty one per cent more likely to develop depression than those who rarely or never ate them, according to a study.

The study, involving nearly 9,000 participants who had never before being diagnosed with depression, has now been published in the Journal of Public Health Nutrition.

Scientists assessed the group over a period of six months, and found 493 of them were diagnosed with depression or began taking anti-depressant medication.

Those who regularly indulged in fast food were also found to be more likely to be single, less active, smoke and work more than 45 hours a week.

Research has revealed eating fast and junk food has a negative effect on mental health and physical well being, making those who consume it regularly feel depressed, make you put more on weight that could likely led to obesity.

The link to commercially baked goods were equally conclusive as fast food, the study found.

Dr. Almudena Sanchez-Villegas, lead researcher from the University of Las Palmas de Gran Canaria, in Canary Islands, Spain said, “Although more studies are necessary, the intake of this type of food should be controlled because of its implications on both health (obesity, cardiovascular diseases) and mental well-being.”

“Even eating small quantities is linked to a significantly higher chance of developing depression.”

She added that the findings backed up previous studies finding the link with depression. 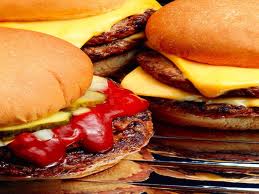