Norman became ill and increasingly short of breath after his retirement aged 64.

According to Dr. Roberts, Norman exposure to a number of antigens in poultry over the years resulted to develop him the condition of allergic alveolitis.

‘After continued exposure, he developed the lung disease associated with his occupation, and there’s no doubt that these led him to his death,’ said Dr. Roberts.

His widow Heather told during the court hearing at Crewe Law Courts, Cheshire, that she remember once Norman came covered hand to foot in chicken muck.

According to her, ‘on occasions the silage tower would get blocked and he would have to go and find where the blockage was. All he would wear was his own cap, his boiler suit and his rubber boots.’

‘There’s a very clear association with Mr. Woodward’s occupation and the development of his subsequent lung disease. He died of an industrial disease,’ said Dr. Roberts.

According to her widow, Norman was badly affected by an accident on a farm in 1992, when a ten ton slurry trailer he was helping attach to the back of a tractor fell on him, smashing the bone in his foot and up his leg, since then he was never the same.

In 2005 Norman was admitted to Leighton Hospital with a chest infection and treated there several times. Norman died in November 2011. 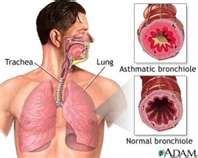