Participating in extreme endurance events like the marathons could damage the heart, research reveals.

Putting the heart under heavy strain for long periods causes scarring of the heart muscle, known as fibrosis.

Fibrosis can impair how well the heart performs when a person is exercising intensively.

It can also lead to irregular heartbeats, called arrhythmias. Serious arrhythmias can be life threatening.

Dr André La Gerche, currently based at the University Hospitals Leuven, in Belgium, said: “It is likely to affect only a minority of athletes, particularly those in whom more intense training fails to result in further improvements in their performance.”

He noted that the five who saw longer-term damage had been training and competing for longer than the others.

In the study, the scientists studied the athletes a fortnight before their races, immediately after their races and then about a week later.

Immediately after the race, the athletes’ hearts had changed shape. The right ventricle – one of the four chambers in the heart involved in pumping blood around the body – appeared dilated and didn’t work as well as it had been in the weeks leading up to the race.

Levels of a chemical called BNP, made by the heart in response to excessive stretching, increased.

A week later, most of the athletes’ hearts had returned to the pre-race condition. But in five who had been training and competing for longer than the others, there were signs of scarring of the heart tissue and right ventricular function remained impaired compared with the pre-race readings. 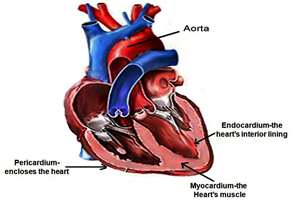