The UN report is the first comprehensive review of global warming’s impact on weather extremes and how best to manage them.

According to Thomas Stocker, co-chair of the Intergovernmental Panel on Climate Change (IPCC), the ‘increase of hot days in the past few years is attributed to an increase of greenhouse gases.’

The report reviewed the heat and rain extremes under three projections, a sharp reduction in carbon emissions, a modest one, and current ‘business-as-usual’ levels.

All three scenarios see an approximately similar increased extremes up to mid-century.

But towards the end of the century, far higher and more frequent heatwaves and rainfall peaks in the worst-case scenario of a world saturated with greenhouse gases. Precipitation extremes increase as well is noted in a similar fashion, the report showed.

Qin Dahe, also an IPCC co-chair, said the panel was likewise ‘more confident’ that climate change is boosting glacier retreat, a major concern for nations in Asia and South America dependent on glaciers for water.

Extreme weather events such as cyclones, scientists are still unable to pin down the impact of climate change, due to lack of data and the ‘inherent variability and variations in the climate system,’ Stocker said.

Some studies have suggested that warmer air and sea surface temperatures combined with greater moisture in the air will intensify tropical storms.

Climate-fueled extremes will hit the globe unevenly, it says. The 2003 heatwave that left 70,000 dead in Europe may be a template for future peaks in southern Europe and northern Africa.

The 20-page document that summarizes the conclusions of an underlying 800-page report, was written by some 200 scientists, and approved by the 194-nation IPCC, which gathers government representatives as well as experts.

A statement issued in Brussels by European commissioner for climate action, Connie Hedegaard said, that ‘the report is yet another wake up call.’ 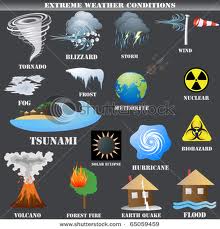