In global trade talks, farm subsidies in the developed world remains a thorny issue having derailed the finalization of global trade rules under the World Trade Organization (WTO) since the Seattle debacle a few years back, may again stall this time  with the same subject.

The biggest threat to the talks was a new law passed by the US Congress on farm subsidy. It has approved a farm subsidy law that gives to US farmers practically all the subsidies they enjoyed in the past.

A negotiating bloc of developing countries had demanded in past negotiations to make deep cuts in farm subsidies in Europe, the US and Japan a pre-condition to returning to the negotiating table.

In the eleventh hour during the last round of negotiations in Hong Kong last year, Europe made commitments to slash farm subsidies in European Union member countries to the WTO talks from total collapse. The US has not made similar commitments.

Meanwhile, in the negotiating table for Non- Agricultural Market Access (NAMA) that covered manufactured goods including fishery and forest products, negotiators have approved the Swiss formula in tariff cuts on imports.

The Swiss formula, will be favorable to both exporters and domestic industries as it gives less developed countries flexibilities on tariff cuts depending on its offensive and defensive interests.

Domestic industries that compete with imported goods of neighboring countries have long been warning negotiators not to throw the country wide open to imports to allow them to fairly compete.

The negotiation front on trade in services, several drafts have been solicited from seven groups of countries and were used in coming out with a draft agreement. A consolidated draft was not approved due to some concerns raised by Venezuela, Bolivia and Cuba. 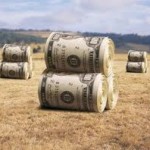