The American Civil Liberties Union (ACLU) issued a report saying the FBI had overstepped its authority and was violating the trust of groups that agreed to meet its agents.

The FBI has illegally spied on Muslim community groups under the cover of holding outreach meetings, a US human rights group claims.

“The trust that community outreach efforts aim to create is undermined when the FBI exploits these programs to gather intelligence on the very members of the religious and community organizations agents are meeting with,” he said.

According to Michael German, a former FBI agent who works with the ACLU, using such sessions to spy on people only backfired.

In 2009 the FBI in San Jose, California, apparently detailed the opinions and backgrounds of three community leaders and members during a careers day for Assyrians, a Christian community from the Middle East.

The ACLU listed several examples of the alleged practice, including the compiling of notes on In 2007, agents were said to have collected detailed information on the background of representatives from 27 Muslim organizations meeting at a mosque.

The ACLU already has filed a lawsuit in California alleging that the FBI paid an informant to spy on mosques in the state.

In its statement, the FBI said the ‘primary purpose’ of outreach programs was ‘to enhance public trust in the FBI in order to enlist the cooperation of the public to fight criminal activity.’ 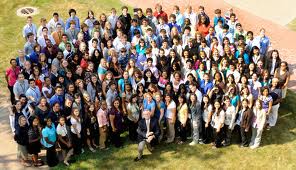