It was reported that Fleetwood Mac’s guitarist and singer, Bob Welch shot himself at his Nashville home around 12:15 pm.

He was found by wife Wendy on Thursday, with a gunshot wound to his chest.

Bart Herbison, an executive director of the National Songwriters Association, said, ‘It had become apparent to Bob that he was not going to recover, that he was going to become an invalid.

Family friend Bart, has revealed the musician, who was a member of the Grammy-nominated band from 1971 to 1974, did not want to burden his wife following a period of ill health.

‘He had seen his father become an invalid and watched his mother care for him for many years. In the letter he left, he told (his wife) Wendy, “I’m not going to do this to you.”‘

Bart told The Tennessean newspaper, ‘I’ve been privileged to meet a lot of famous musicians throughout the years.

‘Your fame and notoriety will take you to a lot of places where you have to go by yourself, but not Bob. He never went anywhere without Wendy.’

The Californian musician had had health issues recently, according to police spokesman Don Aaron, who confirmed that Welch left a suicide note.

The spokesman would not elaborate on specific details regarding Welch’s health, but added that there was no evidence of foul play.

Fleetwood Mac’s career took off in the mid-1970s after Welch left the band.
Welch fell out with his former bandmates after suing the group in 1994 for unpaid royalties, which led to his exclusion from the group’s Rock and Roll Hall of Fame induction in 1998.

Welch, who also had a solo career, was a guitarist and vocalist for Fleetwood Mac in the Seventies and worked on albums such as Future Games and Bare Trees.

As a songwriter, Welch had tracks recorded by Kenny Rogers, Sammy Hagar and the Pointer Sisters.

In January, another former guitarist for the band, Bob Weston, 64, died in London from a gastrointestinal hemorrhage,

Welch is the second member of Fleetwood Mac to die this year. 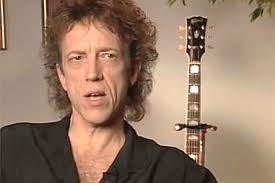