Former French president Jacques Chirac has been found guilty of influence peddling, breach of trust and embezzlement between 1990 and 1995, when he ran ghost workers as mayor of Paris.

The former French leader was given a suspended jail sentence, becoming France’s first ex-president to be found guilty of graft and corruption.

According to the judges ruling the case, Chirac had cost Paris taxpayers money equivalent to US$ 1.8 million (1.4 million euros).

“Jacques Chirac breached the duty of trust that weighs on public officials charged with caring for public funds or property, in contempt of the general interest of Parisians,” the ruling said.

He was tried alongside nine alleged accomplices. Two were cleared, but the rest were convicted of helping Chirac run a system at Paris city hall under which political allies were paid municipal salaries for fake jobs.

He was convicted of hiring members of his political party for non-existent municipal jobs, using the civic payroll to employ his own campaign staff.

Chirac’s lawyer, Jean Veil said the former leader had received the judgement ‘with serenity’ and added: “He’s satisfied that at least the court has accepted that he did not personally profit from this.”

Chirac was president of France between 1995 and 2007 and enjoyed legal immunity while in office. He denied all the charges, but the case is only one of many corruption scandals to have dogged him in a long public career.

The sentencing was a surprise. Even state prosecutors had called for Chirac, who still polls as one of France’s most popular figures to be cleared, and France has largely forgiven his long history of corruption.

“I hope this judgement won’t change the profound affection that the French people still rightly have for Jacques Chirac,” defense counsel Georges Kiejman said, adding that Chirac would decide later in the day whether to appeal.

The 79-year-old statesman, was unable to attend the trial and excused from court appearance on medical grounds.

Doctors say he has ‘severe and irreversible’ neurological problems including memory loss and dementia linked to his advanced age. 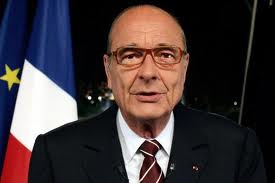