World no. 3, Lee Westwood fired a sizzling 12 under par 60, to take a 5 shot lead in the first round of the Thailand Golf Championship.

The Englishman carded 10 birdies and an eagle at the Amata Spring Country Club with American John Daly his closest challenger after a 65.

Westwood racked up 10 birdies and an eagle in his round and was six-under after the opening five holes, equalling the lowest ever score of the Asian Tour.

“It’s one of the best rounds I’ve ever played. I’ve never shot a 60 before,” Westwood said.

Despite his brilliance, Westwood could not hide his disappointment at not dipping below 60 – a fabled mark for any golfer.

Open champion Darren Clarke rallied on the back nine to record a one-under 71 and it was a day to forget for Spanish star Sergio Garcia, who finished with a disappointing 76. 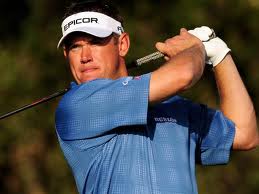