Rogelio Baena, former husband of Mildred Patricia Baena and mistress of Arnold Schwarzenegger is planning to file charges against the Terminator star, alleging that the birth certificate of the couple’s love child was falsified.

Rogelio Baena was married to Mildred Patricia Baena who was employed as a household staff to former California governor Schwarzenegger and wife Maria Shriver.

Only recently, that Rogelio Baena learned that the 13 year old child is not his son but the love child of his former wife and Schwarzenegger.

Yet Rogelio Baena’s name appears on the birth certificate as the boy’s father, and attorneys have told him that if Schwarzenegger and Mildred Baena knew this was not true, they engaged in conspiracy to falsify a public document, a serious crime in California.

Rogelio Baena separated from his then-wife after 10 years of marriage in October 1997, just weeks after the boy was born. The couple however did not file for divorce until February 2008. 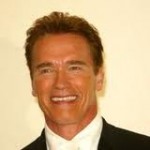