In the wake of nuclear power disaster in Japan, Germany has decided an end to nuclear power utilization with its complete phase-out by 2022.

Chancellor Angela Merkel has accepted the findings of an expert commission on nuclear power whom she appointed in March in response to the crisis at Japan’s Fukushima plant.

The commission found that it would be viable within a decade for Germany to mothball all 17 of its nuclear reactors, eight of which are currently off the electricity grid.

Environment Minister Norbert Roettgen announced the gradual shutdown early Monday after seven hours of negotiations at Merkel’s offices between the ruling coalition partners. He said the decision was “irreversible”.

The decision, will oblige Germany to find the 22 percent of its electricity needs that were covered by nuclear power from other sources.

The government must now determine how it can make up the difference with renewable energy sources, natural gas and coal-fired plants.

If Germany scraps its nuclear plants by 2022, it will be the first major industrial power to give up atomic energy. 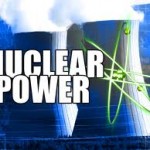