Queen Elizabeth will be celebrating next year her 60 years since her ascension to the British throne.

The Queen’s Diamond Jubilee will be marked with four days of events including a flotilla on the River Thames, a concert at Buckingham Palace, street parties and large-scale national events, Buckingham Palace has announced

The 85 year old monarch acceded to the throne on the death of her father George VI on February 6, 1952.
In September 2015, she will become the longest reigning monarch overtaking Queen Victoria in more than 1,000 years history of British monarchy.

Diamond Jubilee Beacons will be lit across the country, a service of thanksgiving will be held at St Paul’s Cathedral and a formal carriage procession staged.

A special royal barge will lead a flotilla of 1,000 boats down the Thames in the grandest river pageant since the reign of Charles II.

The Big Jubilee Lunch is likely to feature traditional street parties and picnics.

The staged lunch celebrations across the country is done to encourage residents to sit down and share meals together.
There will be a service of thanksgiving at St Paul’s Cathedral with a carriage procession headed by the queen.

Buckingham Palace said they expected other events to take place across Britain and the Commonwealth over the weekend. 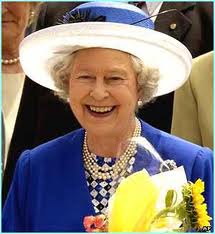