Parents giving their children refreshment drinks and seemingly healthy fruit drinks but they both can contain acid levels which can be damaging to teeth enamel, warn dentists.

Dentists have issued a warning about popular fruit drinks and smoothies after it emerged some can be as acidic as vinegar.

But an investigation found many contained a high acid level which can erode tooth enamel.

A ‘This Water’ drink recipe made with lemon and lime juice had a pH level of 2.7, is more acidic than vinegar at 2.9.

This is at the upper end of the acidity scale in which 7 is neutral and 1 is extremely high.

Tooth enamel begins to be destroyed higher than level 5.5 on the scale.

Among the fruit drinks tested includes Tropicana orange juice, Copella apple juice and Innocent refreshment drink, all had acid levels ranging between 3.3 and 3.8. Among those tested, Coca-Cola was the most acidic with a pH level of 2.5.

Dentists warn it is better for children to eat fruit with their meals or to have cheese or other alkaline food to combat the effects of acidic drinks.

Dr. Kathy Harley, dean of the dental faculty at the Royal College of Surgeons, said many parents are unaware that the combination of high acid and sugar can destroy young teeth.

She warned last year that 50 per cent of five year olds have signs of damage to their tooth enamel caused by excess acid in their diet.

Dentists advise, it is better for children to eat fruit with their meals or to have cheese or other alkaline food to combat the effects of acidic drinks or to drink water after having juice to wash away some of the acid.

Dentists said that rather than consuming fruit or fruit juices as a snack, they were better consumed at meal times.

Department of Health figures show dental problems were the third most common reason for children to be admitted to hospital in England in 2011-12 , beaten only by viral infections and disorders related to premature birth. 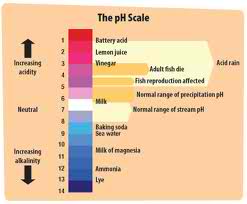