Former world no. 1 Tiger Woods slips to fourth in the third round as he carded a one-over 73 at a windy Muirfield Village At Memorial to end up four under.

Spencer Levin hits an eight under 69 as he solo leads the round.

Overnight leader Rory Sabbatini trailing to second with seven under 71 while Rickie Fowler improves to third after carding a 69 to end up five under and who will partner Woods in the final round.

Woods got off to a solid start, with two birdies on the front nine at Muirfield Village.
But Woods struggled coming in, making the last of his four bogeys at the par-four 18th.

“I had my opportunities but I didn’t do it on the back nine,” said Woods.

“I’m still in the ballgame,” added Woods, a four-time Memorial winner. “I need to grind it out and obviously post a good number (on Sunday).”

Should Woods win his fifth Memorial event on Sunday, he would equal tournament host Jack Nicklaus’s record of 73 victories on the PGA Tour.

Levin’s round put him in position to challenge again for his first tour title. He had a six-shot lead after three rounds in Phoenix earlier this year but carded a final-round 75 to finish third behind winner Kyle Stanley.

Levin said Sunday’s round will show just what he took away from his Phoenix experience.
Sabbatini has won six times on the PGA Tour, most recently at last year’s Honda Classic, while Fowler beat Rory McIlroy in a play-off for his first PGA Tour title in early May and was second the following week at the Players Championship.

Ishikawa used a local caddie and nabbed four birdies on the back nine, including three in a row from the 12th, to climb up the leaderboard.

Veteran Vijay Singh of Fiji had the other 69 and was in a group at 214.

World number one Luke Donald amassed a 75 to end three over alongside fellow Englishmen Brian Davis and Greg Owen, while Justin Rose was level par. 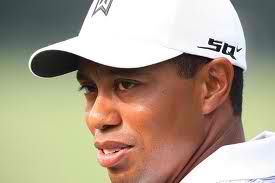