Twenty six gecko species are found only in the Philippines, which also has eight other varieties that are also found elsewhere, according to Department of Environment and Natural Resources (DENR) Secretary Ramon Paje.

Some of the larger species hunt small birds and rodents, the DENR said. Geckos in the Philippines are under increasing threat as demand intensifies from the Asia-wide alternative medicine trade that ravaged lizard numbers in neighboring Malaysia, the government said.

Population declines in the wild in countries such as Malaysia have forced traders and suppliers to source the carnivorous, usually the night-feeding lizards from countries such as Thailand and the Philippines, Paje said.

Some folk healers in the Philippines are known to advise asthma sufferers to drink tap water sprinkled with, pulverized, fried geckos. “They play an important role in maintaining our fragile ecosystems,” Paje said of the lizards, which mainly feed on insects and worms as well as moss.

Paje said, the 300 grams (10.6 ounces) tropical reptiles, known for their flamboyant skin hues and sticky footpads, now sold for Php 50,000 pesos (US$ 1163 dollars) each in a lucrative Asian market.

However, in the Philippines, trapping, selling or exporting geckos, regarded by some Asians as cure alls, is punishable by heavy fines and prison terms of up to four years, warned Paje in a statement.

“The law expressly provides that the collection, trade or transport of geckos without appropriate permits, is punishable by imprisonment of up to four years and a fine of up to Php 300,000 pesos (US$ 7,000 dollars),” Paje said. 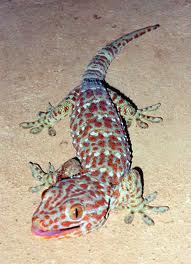 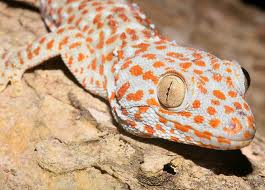