In 1994, the Irish government collapsed over its failure to extradite one of the Catholic priesthood’s most rampant pedophiles, Brendan Smyth, to the British territory of Northern Ireland to face multiple child-molestation charges there.

Two fact-finding commissions have forced Catholic authorities in Dublin and southeast Wexford to hand over their secret files on pedophile priests stretching back to the mid-1970s. In all cases, investigators found that church leaders protected their priests at the expense of the child victims.

In all cases, the three previous reports found that church officials refused to tell police or other civil authorities about any suspected crimes until 1995.

Catholic leaders responded by introducing child-protection guidelines that went into force in January 1996. These included instructions for bishops to tell police or other civil authorities about all suspected cases.

The Irish government is publishing a new report Wednesday into the Catholic Church’s cover up of child abuse by priests, a long-running scandal that has ravaged the church’s once-exalted position in Ireland.

The report being unveiled by Justice Minister Alan Shatter details how church leaders in the rural County Cork diocese of Cloyne suppressed evidence of complaints against 19 priests from 1996 to 2009.

Dublin’s High Court ordered the Cloyne report to be censored to remove material concerning abuse allegations against one of the 19 priests because he is facing criminal charges of child abuse. The court said the potentially prejudicial material would be published once the priest’s case was completed.

This will be the fourth government-ordered report into Catholic abuse cover-ups in a country that has suffered waves of public uproar against the church since 1994. 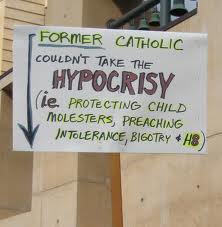